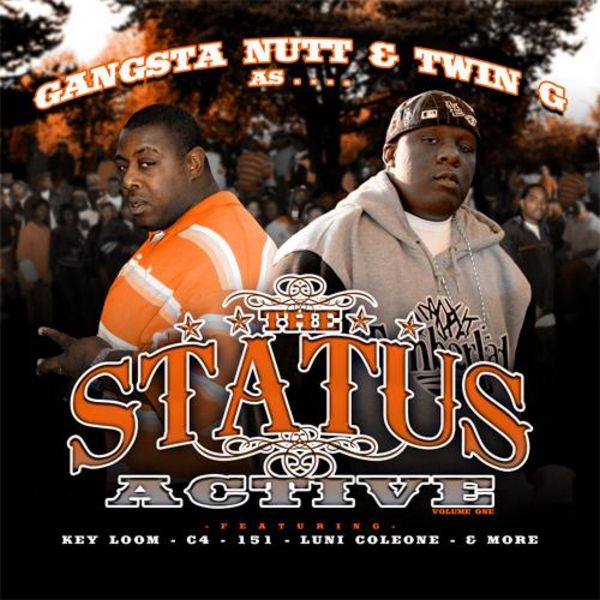 Donald Wallace aka Twin-G was born in Louisiana and moved to Seattle at the age of three. Learning early on that life is not easy, Twin was separated from his family due to his mother’s drug abuse and was placed into a foster home. He would spend years in the state foster system, shuffled around from home to home until finally at age fourteen, a family in the West Seattle neighborhood of High Point decided to take him in. What seemed like a dream at first, would eventually become a nightmare as a young & influential Twin-G was sucked into a life of gangs and drugs by the notorious High Point projects.

As with many youngsters who come from broken homes, they find music as a source of comfort and the story was no different with Twin-G. “When I was about 12 I really started taking a liking to rap music, rappers like LL Cool J, Kool Moe Dee, Heavy D, NWA really influenced me as a youngster.” Twin eventually began crafting his own raps and took his love for music to a new level by aspiring to be an artist himself. “Back in them days I was known as MC Donnie D. I was doing shows, just trying to get my name out and ended up recording a demo with a guy named Creep-Lo.” Nothing ever came of the demo, but a young Donnie D, who would shortly thereafter change his name to Twin-G, knew that his destiny was in music.

Twin would eventually catch the ear of Ed Dumas, a local investor who said he wanted to work with him and put out his first album. Even though Ed liked Twin’s music and raspy voiced style, he still thought he had a ways to go as an artist and played a major role in his artist development. Twin didn’t understand his criticism at first, but as his album began taking shape, he started seeing the direction it was going. Numerous late nights in the studio later, “In the Name of Game” was born. The album featured rap icons Sir Mix-A-Lot, C-Bo, Spice 1, Yukmouth and more, but would end up slept on due to poor promotion and marketing.

Never letting his inner hustle die, Twin went to work on his second album, but this time on his own. “I got a lot of love from Ed. I took what I learned from him and focused more on subject matter rather than punch lines for my second album.” In the midst of working on his second album, a great opportunity arose when his identical twin brother Mafia aka Skuntdunanna invited him to join a new group he had formed called Lac of Respect. Joining fellow members 151 & A-Train, they hit the streets hard in early 2004 with their critically acclaimed debut “Game Members” and spent the rest of the year touring in support of the album.

In 2005 Twin decided to focus on finishing his second album “In the Name of Game Vol. 2″ which featured guest appearances from Big Syke, Mac Mall and many more. Riding off of the hype around Lac of Respect, the album proved to be another success. Twin’s next venture would be to hook up with his childhood friend Gangsta Nutt and form a group called The Status. The two artists, who are widely considered pioneers of Seattle gangsta rap, went on to create the 2008 album “Active” which featured Messy Marv, Key Loom, 151, Luni Coleone, and more. Twin also simultaneously released “The Charity Project Mixtape” which received rave reviews as well.

The West Coast Hip-Hop community went on to recognize his accomplishments by naming him “Best Washington Rapper” at the 2008 West Coast Hip-Hop Awards. Twin-G shows no signs of stopping as he is prepping the release of his third album ”I Shouldn’t Be Alive.”

(includes First Class shipping within the USA via USPS)